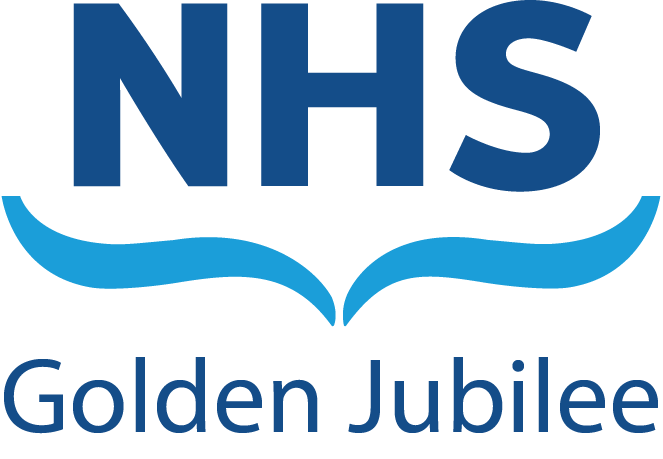 Throughout your journey at the Golden Jubilee National Hospital, you may be seen by the following individuals:

If you would like more information about the role any of these individuals will play in your treatment, please do not hesitate to ask.

Mr Christopher Gee MBChB MSc FRCSEd(Tr&Orth) MFSTEd - Clinical Lead
Primary Medical Qualification: 2008 (Aberdeen Medical School)
Christopher completed his undergraduate training at the University of Aberdeen. He completed his surgical training in the south of England and during this time completed an MSc in Surgical Sciences from the University of Edinburgh. His clinical interests are soft tissue knee surgery and hip and knee joint replacements including robotic assisted surgery. He has a keen interest in both undergraduate and postgraduate medical education, has completed fellowships in trauma, soft tissue knee surgery and joint replacement surgery and joined NHS Golden Jubilee in 2020.

Mr David Allen, MSc, FRCSEd (Orth)
Primary medical qualification: 1994 (Dundee, UK)
David completed his higher surgical training in London, based at the Royal National Orthopaedic Hospital and did an Adult Reconstruction Fellowship in Ottawa, Canada. He also has an MSc with Distinction in Biomedical Engineering from the University of Strathclyde. Before joining the team at the Golden Jubilee in 2010 he was a consultant at Hairmyres for 18 months.

Mr Joe Baines
Primary medical qualification: 1991 (Navarra, Spain)
Joe trained in Glasgow, Bristol and Newcastle. He developed his special interest in hip arthroplasty and revision during his fellowship in Cardiff. Joe joined the Golden Jubilee National Hospital in 2007, where his work focuses on hip and knee replacement surgery.

Mr Manish Changulani, MS, FRCSEd(Orth)
Primary medical qualification: 1996 (Gwalior, India)
Manish is a fellowship trained orthopaedic surgeon specialising in hip and knee arthroplasty who undertook Orthopaedic training in India and at the Northern Deanery, Newcastle Upon Tyne.  After an arthroplasty fellowship at the Golden Jubilee National Hospital, he undertook advanced fellowship training in hip surgery at Leeds.  These are further complimented by a BOA National Transitional fellowship from the City Hospitals NHS Trust, Sunderland. Manish has been a Consultant at Golden Jubilee since December 2015.

Mr Kamal Deep, MCh, FRCS (Orth)
Primary medical qualification: 1987 (Rohtak, India)
Kamal joined the Golden Jubilee in 2007. He is a pioneer of the British Society for Computer Aided Orthopaedic Surgery (CAOSUK), and Secretary General for CAOS International. He has presented his work and performed live surgeries in conferences in the UK and abroad. His clinical practice includes computer-navigated primary and revision hip and knee arthroplasty, and soft tissue knee surgery. His research interests include biomechanics, computer-assisted surgery, robotics, minimally-invasive surgery and patient outcomes.

Mr Carl Green, BMedSci (Hons), FRCS (Tr&Orth)
Primary medical qualification: 2006 (Sheffield, UK)
Carl completed his specialist orthopaedic training in Manchester in 2016, which included working with the Lower Limb Arthroplasty unit at Wrightington Hospital, before being appointed as the Cavendish Arthroplasty Fellow in Sheffield in 2017.  He joined the team at the Golden Jubilee in 2018. He specialises in primary hip arthroplasty, primary/revision knee arthroplasty, and knee arthroscopy, as well as remaining active in clinical research.

Mr Nicholas Holloway, BMedSci(Hons), FRCSEd (Orth)
Primary medical qualification: 2002 (Edinburgh, UK)
Nick undertook both basic surgical training and specialist Orthopaedic training in Glasgow. On completion of training he joined the Golden Jubilee for an arthroplasty fellowship in 2014 before being appointed as a substantive Consultant in 2015.  He has an interest in both laboratory and clinical research and specialises in hip and knee arthroplasty including hip revision surgery.

Mr Rohit Maheshwari, MS, FRCS (Orth)
Primary medical qualification: 1993 (Gwalior, India)
After specialist orthopaedic training in India and the UK, Rohit completed one year of advanced fellowship training in hip and knee replacement surgery, including revision hip surgery, at the Southern General Hospital, Glasgow, and further fellowship training in revision hip surgery (including metal-on-metal revisions) at University Hospital of North Tees. He joined Golden Jubilee National Hospital in 2013. Prior to this he was working as a Locum Orthopaedic Consultant inFife.

Mr Niall Munro, MD, FRCSEd (Orth)
Primary medical qualification: 1994 (Aberdeen, UK)
Niall trained in Aberdeen, Glasgow and Inverness, also undertaking an MD research degree looking at the use of bone graft substitutes in revision hip replacement. On completing his training he worked briefly in Aberdeen before moving to take up a new consultant post at the Golden Jubilee National Hospital in 2007. His main clinical practice is in hip and knee replacement, and his research interests include the use of orthopaedic bone cement.

Mr Nick Ohly, MSc, FRCSEd (Orth)
Primary medical qualification: 2001 (Newcastle, UK)
After postgraduate training in Edinburgh and Glasgow, Nick completed a hip and knee fellowship at the University of British Columbia in Vancouver. He was a locum consultant in Edinburgh before joining the Golden Jubilee in 2014. He has an MSc in Orthopaedic Engineering and remains active in clinical research. Nick undertakes all aspects of primary hip and knee replacement, with subspecialist interests in complex and revision knee replacement and tissue-sparing hip surgery (direct superior approach).

Mr Fred Picard, MD, FRCSEd
Primary medical qualification: 1987 (Besançon, France)
Fred is a pioneer in the area of computer-assisted surgery (CAS). Since 2005 he has been a full time Orthopaedic Consultant at the GJNH. He is Visiting Professor in the Department of Biomedical Engineering at the University of Strathclyde. He was a founder member of the CAOS-International Society and a co-editor of one of the first books related to CAS. His main clinical practice is in primary hip/knee replacement and revision knee surgery.

Mr Jason Roberts, FRCS (Orth)
Primary medical qualification: 1994 (Leicester, UK)
Jason’s clinical interests include lower limb arthroplasty, including hip revision and computer-assisted knee surgery. His fellowship training included a year in Grenoble, France(2005-6). He was a consultant in the Western Infirmary and Gartnavel Hospitals from 2006 before moving to the Golden Jubilee Hospital to pursue a more dedicated arthroplasty practice in 2013. He is a dedicated amateur cycle racer, which also gives him the opportunity to work as a Team Doctor, nationally and with professional teams.

Mr Martin Sarungi, MD, PhD, FRCS (Eng, Glas)
Primary medical qualification: 1988 (Szeged, Hungary)
Martin joined the department as an Orthopaedic Consultant in July 2005. He served as Clinical Lead between 2011–2014. Previously he spent a number of years training and working in Budapest, London, and completed an AO/ASIF fellowship and arthroplasty fellowship in Switzerland with Professor Ochsner. He is Steering Group Member of the Scottish Arthroplasty Project and is a member of the UK Revision Knee Expert Group. His interests include primary hip/knee arthroplasty and revision knee surgery.

Mr Kalpesh Shah, MS (Orth), FRCS (Orth)
Primary medical qualification: 1996 (Surat, India)
Kalpesh completed his training in India before undertaking specialist orthopaedic training in the West of Scotland from 2006-2010. He was selected for the prestigious UBC Foot and Ankle fellowship in Vancouver in 2011, including time at BC Children’s Hospital. He visited Baltimore in 2011 as the BOFAS Travelling Fellow. After working in Darlington for 18 months, Mr Shah joined the team at the Golden Jubilee in 2012 as a Consultant Foot and Ankle Surgeon.

Mr Findlay Welsh, BSc(Hons), FRCS (Orth)
Primary medical qualification: 2003 (Aberdeen, UK)
Findlay trained initially in Aberdeen before completing his higher surgical training in Glasgow on the West of Scotland rotation. His clinical practice includes interests in lower limb arthroplasty, knee arthroscopy and revision hip surgery. He is furthering research interests with an MSc from the University of Dundee in Orthopaedic Technology having previously completed a BSc in osteoporosis genetics. Findlay was an arthroplasty fellow at the Golden Jubilee prior to starting as a Consultant in 2015.

Our team of surgical Physician Associates (PAs) are formally trained to deliver diagnostic, therapeutic care in our clinics and on the ward. They also provide surgical and preventative care under the supervision of a physician or surgeon.

​​​​​​​Elizabeth Beck PA-C
Elizabeth has a Bachelors of Science in Education from the University of Virgina in Sports Medicine . Having worked as an athletic trainer for several years, she then retrained as a Physician Assistant at the Philadelphia College of Osteopathic Medicine. She has been working at NHS Golden Jubilee since 2014.

Rebekah Meen BSc, MSc
Rebekah achieved her Bachelors of Science (Honours) in Biomedical Sciences with Anatomy before going straight on to study her Master’s degree in Physician Associate studies from the University of Aberdeen. Rebekah joining NHS Golden Jubilee’s Orthopaedic team in 2018. Rebekah has a keen interest in knee arthroplasty surgery.

Katrina Starkey BSc, PgDip
Katrina obtained a Bachelors of Science (Honours) in Sport and Exercise Science from the University of Aberdeen. Katrina worked for a number of years as a Personal Trainer (PT), achieving UK PT of the Year in 2013. Katrina attained her post graduated diploma in Physician Associate studies from the University of Birmingham. Katrina worked in accident and emergency, acute medicine and vascular surgery in Birmingham before joining NHS Golden Jubilee’s Orthopaedic team in 2017.

Sophie Nash BSc, MSc
Sophie gained her Bachelors of Science (Hons) in Biomedical Science from the University of Edinburgh before achieving her Master’s degree in Physician Associate studies from the University of Aberdeen. Sophie worked in accident and emergency and haematology at Aberdeen Royal Infirmary before joining NHS Golden Jubilee’s Orthopaedic team in 2018. Sophie has an active role with research in our department.

Laura Morabito BSc, PGDip
Laura completed her postgraduate diploma in Physician Associate studies at the University of Central Lancashire in 2019. After obtaining her degree she has been working in NHS Golden Jubilee’s Orthopaedic team since 2019.

Miss Fiona Green BSc, PgDip
Fiona worked as a senior nurse in the Orthopaedic operating theatres at the hospital from 1994 until 2013 before qualifying as a Surgical Care Practioner in Orthopaedic Surgery in 2015.  Fiona provides mentorship to trainee Surgical First Assistants / Surgical Care Practitioners. Fiona is a member of the Association for Perioperative Practitioners (AfPP) and an Affiliate Member of the Royal College of Surgeons (Edinburgh).

The members of the AOT are:

The aim of the AOT is to provide our patients with support and advice following your operation, which will help you to return to as full and independent a life as possible.

If you do have any issues with your new joint, whenever possible, please try and ensure that our team is your first point of contact.

However, if you do have an emergency, or the issue is life threatening please call 999 or attend your local Accident and Emergency Unit.

Please note that this number is direct to an answering machine only, but will be checked regularly and is the best way to contact the team.

When getting in touch, please leave a message on the answering machine with the following details:

One of the Arthroplasty Team will return your call as soon as possible.

If we do not return your call within one working day, please contact us again as we may not have picked up your details correctly.

If you require an urgent reply out of hours, please contact the Hospital Switchboard on 0141 951 5000 and ask to be put through to Ward 2 West.

We would particularly ask you to contact us if your District Nurse or GP thinks you need antibiotics for your wound.

Please do not take antibiotics for your wound until you have discussed this with someone at NHS Golden Jubilee.

We will aim to contact you 10 – 14 days after your discharge from hospital to see how you are getting on and check your progress. Our number will appear as 0800 on your phone.

At your follow-up appointment, you will generally be seen by a Nurse or a Physiotherapist. You will likely not see your consultant unless this has been specifically arranged.

You will either be seen remotely via secure video link or be asked to attend the hospital in person.

If for any reason you are not able to access the video link at the time of your appointment, we will automatically telephone you instead at that time.

If you have any issues regarding your surgery, please contact the helpline number.  This access to the AOT is available for the lifetime of your joint replacement.